There's a Woman in the Pulpit

There's a woman in the pulpit.

Granted, there are more and more women in the pulpit and at the altar and leading churches and denominations.

But we're still a bit like unicorns in clergy collars and high heels.

I rarely go a month in my ministry without hearing, "Wow, I've never met a female/woman/girl minister," with the emphasis on female, as if my gender combined with my faith is some sort of questionable status of being human that must be discussed in semi-hushed tones.

When you are alone in the pulpit, in a diocese, in a congregation, as a woman minister (the first, the only, the wait, we didn't think you were what we'd get) in a church, that isolation can be life-draining. Many faith traditions don't recognize the call of women to be ordained, so there are always those who feel compelled to share why we shouldn't be ordained. Other faith traditions that do recognize the call, including my own Episcopal Church, still struggle with systemic gender discrimination and sexism that we'd quite often rather ignore and rarely discuss in any meaningful way.

A male clergy person makes a mistake and he's personally responsible (if he's held responsible at all); a female clergy person makes a mistake and it's a commentary on her entire gender. Women clergy are consistently paid less than their male counterparts and often serve struggling congregations that can rarely pay a full-time salary. The questions asked of women (so how do you juggle being a mother and a priest, why are you wearing jewelry in the pulpit, etc.) are almost never asked of men. Disagreements between women are denigrated at "cat fights" instead of honest differences of opinions. The boy's club still exists in the upper eschelons of the church. Make no mistake.

So yes, there's a woman in the pulpit, but she often feels alone, unheard, and overwhelmed by the prejudice of others.

Which is one reason why I'm so thankful many clergy women from a broad spectrum of denominations have shared their voices, experiences, griefs, and joys in the book There's a Woman in the Pulpit. Reading through the essays, I remembered my own experiences as a young priest. I appreciated the reflections from colleagues I know through this beautiful mess of a life in ministry that are almost exactly like my own. I laughed at some, teared up at others, and heard the voices of women through the ages and in the here and now remind me: no, you are not alone.

Because we aren't. We humans are far more similar than we are different.

In this book, the community of faithful women tell their stories. For those of us who are ordained, may we find our own stories told in other voices. For those who are considering the journey to ordained life, may you find the unvarnished, stark, and awesome truth of life in ordained ministry. For those who are not ordained, may you find a glimpse into the life of your pastor, minister, and priest. For those of you who think this book isn't relevant and important because the stories are told by women, may you discover otherwise.

And for all of us, may we remember the truth that no matter where we are in our life, we are not alone. And may we find hope and healing in these stories. 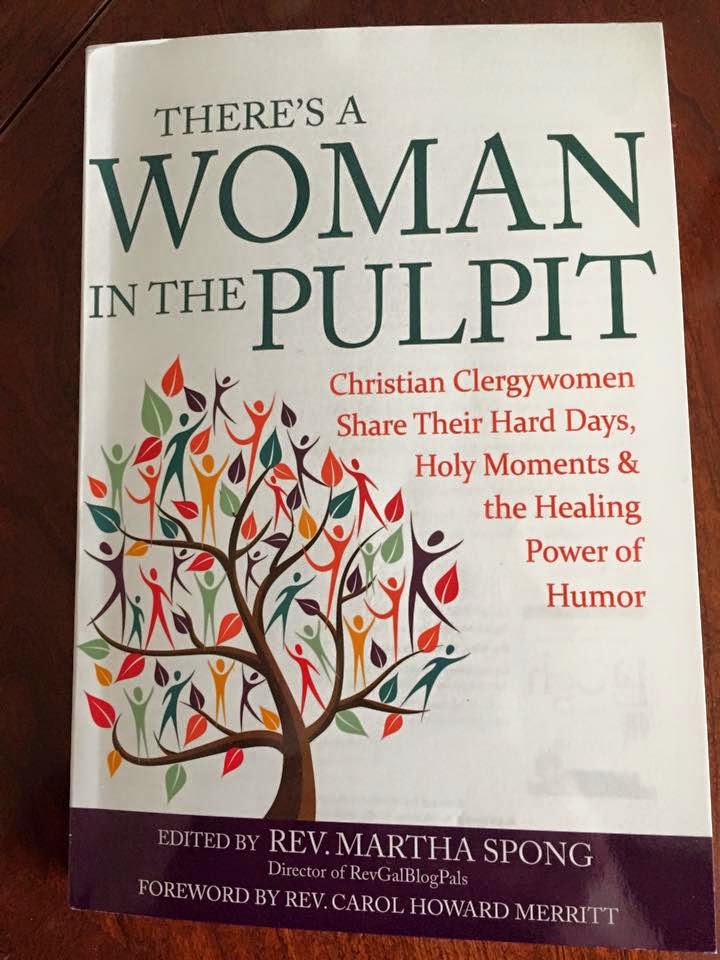 Anonymous said…
True. We just lost our loved Rev Dr Catherine Gregg to be a Canon to Bp of Nevada.

Gene Black said…
We had a female interim priest - who may have been one of the best priests I have ever met. MOST of the congregation loved her. (interestingly, it seemed to be mostly other women who had a problem.) If we could have kept her as a permanent pastor/shepherd/priest we would have done so. Fortunately, we did find an amazing (although male) priest to fill the spot.

Just Katherine--Patron Saint of Hot Messes said…
Thank you for contributing to this book. I cannot wait to read it. My 19 year old daughter insisted I read your book "Where God Hides Holiness" because she said it was my story (she was write.) I think the thing that frustrates me the most about being an ordained women is the ordained men who say, "We have moved beyond the gender issue. It's now a non-issue." Just one example for me is that when I was in the ordination process it was "assumed" I could take a part time or non-stipendary job because I had been a stay at home mom for 15 years so clearly I didn't need to be paid. Then some people (Stress not all) made me feel guilty for asking for a salary. It's there; it's subtle.
Recently that same daughter told me she was considering the priesthood--I will support her and be there for her if God is truly calling her to ordained ministry, but I must admit there was a part of me that was screaming, "Don't do it!" But I love my vocation; it is part of my very being, so I know if God is calling her she will answer and be awesome!
April 29, 2015 at 6:47 PM

What Needs to Die in the Church