I'm a big sports fan. As I've said before, when you are born in the shadow of Bryant-Denny Stadium (where the Alabama Crimson Tide plays its home football games), some parts of your life are already decided. I never paid too much attention to soccer. I'm of the generation where the game was just beginning to make its appearance in the Deep South, so there were a few clubs and teams in local parks, but not in the rural schools where I attended.

However, in law school, one of my friends in the Episcopal Church who lived much of his life in Panama willingly shared his enthusiasm for the Beautiful Game with his fellow college Episcopalians. It was a World Cup year. And that was enough from me. I'm that fan who follows the World Cup and a few random games on years in between. And I love it. And, like most events in life, the World Cup has some lessons for the Church. Among them...

1. Bigger is not always better. Small countries have massive talent; larger countries don't always win (or, almost never win, actually). What you do with the gifts and talents you have is far more impressive than your population or geographic size.

2. Reputation only gets you so far. Past winners like Spain didn't make it out of the first round this year. The past is what it is - the past. No one gets bonus points (or goals) for having been awesome in the past. It's the game you're playing now that matters.

3. Despite our many, many differences, it's quite a joy to gather with people to celebrate. Look at the pictures of thousands gathered in parks and public squares and pubs cheering for their national team. My guess is they vote differently, worship differently, and have varied ideas about the designated hitter. Yet in that moment - 90 minutes plus stoppage time and extra time and penalty kicks - they rejoice (GOOOOOOAAAAAL!) and mourn (Oh no, the other team scored) together. Coming together in community isn't as much about everyone agreeing on the exact details as coming together to rejoice, mourn, and have company on this wild ride known as life.

4. The nations' teams themselves are made up of men who, during the non-World Cup time, are teammates. As much as we might think they are bitter enemies, many of these guys are playing against fellow teammates from their real futbol jobs. So their competitive spirit lives in that reality. Do they want to win? Yes. At all costs, including the decimation of a teammate relationship? Well, hopefully not. So maybe, when we are discussing (fighting, even) over the varied and sundry issues that we as people of faith encounter, we could remember that, at the end of the day, we are all on the Children of God team...and our current opponent is still our teammate in this Body of Christ.

5. You don't have to understand every single detail to enjoy the game. Ed and Jenny, my two friends who hold the soccer knowledge, have explained offsides to me. I still don't get it. And I still love watching soccer. Sometimes we as clergy can get a bit tightly wound up about parishioners having a full comprehension of the heresy of Arianism or the implications of the Filioque in the Nicene Creed. Yes, offer the knowledge. Some will find it fascinating and others, not so much. Then remind everyone we're gathered to remember we are loved by God.

6. The game is about endurance and a quick moment can change everything. Soccer can be 89 minutes and 50 seconds of what seems like much running, a few heart-stopping moments, and then, OH MY GOSH DID THAT JUST HAPPEN. We may want our faith to be constantly filled with the so-called mountaintop-swept away-isn't this exciting moments, but really, there's much walking, running, standing still, and even a bit of I'll be here on the floor so don't step on me moments. And you know what, being on that field of faith takes work, endurance, patience, and, well, faith. When we're on the field, whether it be the mission field or in our daily prayer and worship, we are doing exactly what we need to be doing, even if it seems boring. Because trust me, the OH MY GOSH moments will come.

7. Because, well, sometimes you can just appreciate the beauty of it all. 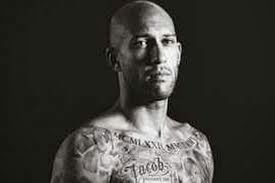 This, by the way, is Tim Howard. US team goalie extraordinaire. And a man of faith.